If you thought the last improvisation was not weird enough … try this one. Lots of noise, drone-alike things, distortion, lack of structure, everything seems to be „organic“. Like all other improvisations, this was recorded „in one go“ without any overdubs.

This piece of music will take 28:38 of your patience.

Around 7:30, the sequence lines are faded out, leaving some space for a „drone solo“ in heavy feedback and finally some juicy filter modulation.

Then (beginning at 12:10) we hear something that could be another two sequencer voices. Actually, these are ultra low frequency singnals of Oscillators triggering two delay circuits. As octaves are increased (around 13:30), the sharp signals are transformed into another two drone voices (panned left and right). Changing delay times reveal some complex beauties here. I like the part between 16:20 and 17:00 very much.

At 17:10, I’m starting some doodeling improvisation with an Arturia CS-80V (everything else you hear is a Doepfer A-100).

Around 19:50, the two (pseudo-)sequence voices from the very beginning reappear. Some more CS-80V melody. The sequence voices are modulated, become sharper and more distinct. More modulation and sound changes, later on also including the background drone.

The two „sequence“ voices are controlled via A-149-1 Random Generator sent through two A-156 Quantizers. Triggers for ADSR, random generator and quantizers are generated with an A-154 Sequencer Controller, two A-155 Sequencers (manual changing of trigger switches) and an A-113 Subharmonic Generator („mis“used here again as programmable clock divider). 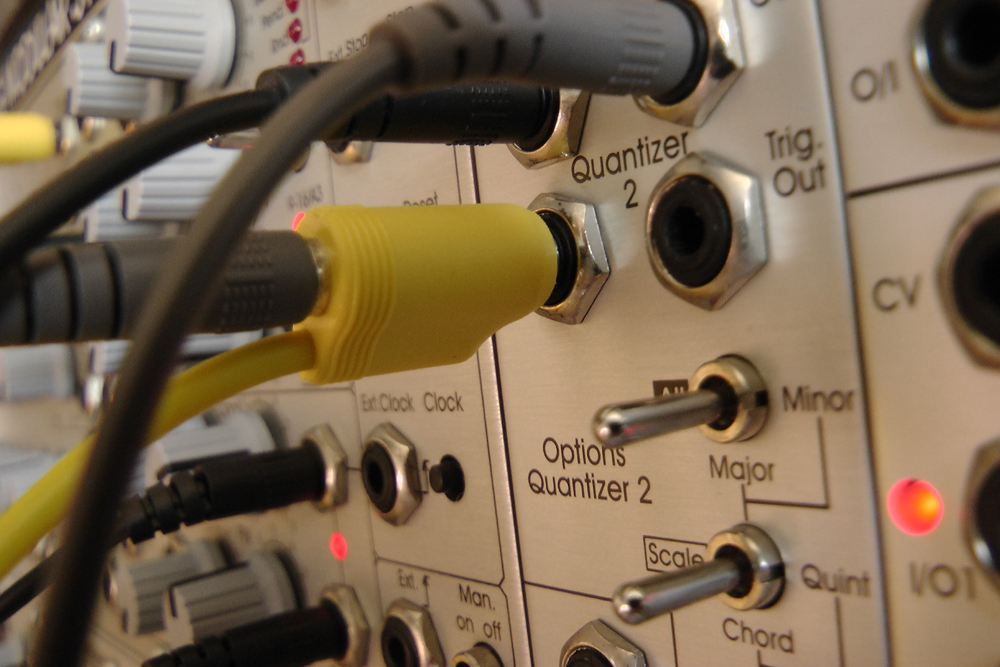